OK, as promised – Zebedee has arrived with the mini-tutorial on how to make your very own Magic Roundabout flowers!

As mentioned previously, the flower itself is from Attic 24, so click here for Lucy’s brilliant tutorial on how to make this.  I used the single-petalled flower for this tutorial, but I’ve had a go with the double-petalled one as well (see the Glastonbury Thorn for evidence!) and it works just as nicely.

So, now you have your six-petalled flower, you will be working into the BACK of this.  Begin by pulling up a loop through the back of the ‘missed’ stitch from round one of your flower (the blue round on mine)

This is a bit hard to show – here’s how it looks from the front, so hopefully you can see where you’re going!

Ch1, 1sc into this space

Now you will be working into the back of the sc you made between each ch3 loop on round 2 of your flower (mauve on mine).  These might be a bit tight so you may need to wiggle your hook around here until you can pick up two strands to work into

1sc into the next ‘missed’ stitch from round one

and continue round until you have six funky pointed leaves!  Join with a sl-st into your initial ch1

Fasten off, and WHOOHOO!  Time to go decorate your roundabout!

The Yarndale Mandala challenge has had me hooking up all kinds of colourful wheels!  These things really are addictive.  Clockwise L-R, Attic24 Mandala, Mexican Sunset version1, Sunny flower mandala, and – TahDah! – the Mexican Sunset Mandala!  This is a mash-up of my Mexican Sunset granny square, all the above, and some bits and bobs from other mandala patterns out there.  I’m not claiming it’s totally original, but if I have inadvertently come up with an exact copy of someone else’s pattern, I promise it’s entirely by accident.

To make the Mexican Sunset mandala, I used a US size F hook (UK equivalent is 3.75mm) and Rico Creative Cotton Aran in the same colours as the cushion: Tangerine, Fuchsia, Cherry, Orange, Turquoise and Cardinal.

(NB: This tutorial uses US crochet terms as this is what I’m used to using!  For conversion see http://www.yarnfwd.com/main/crochet.html)

The first two rounds are worked in the same way as the Mexican Sunset granny square.  To begin, ch6 and join to make a loop, or use a magic ring.

Then work 15 dc into loop,  join with a sl-st into top of initial ch3 and fasten off.  Try to remember to work your stitches over the ‘tail’,

so that you can pull this in at the end of the round to cinch up the centre.

Rnd 2: Insert hook between two dcs from previous round and pull up a loop to join new colour

rpt from * to * around into each sp.  Join with sl-st into 3rd ch of original ch4 and fasten off

Rnd 3: Join a new colour in any ch1 space from previous round.

Rnd 4: This round is worked into the stitches of the previous round, so join a new colour by pulling up a loop through any stitch.

Ch2 (counts as 1sc), then 1sc into every stitch and ch1 sp of previous round

Rnd 5: OK here’s where we start to get seriously sunset-y now!  Again this is worked into the stitches of the previous round, so pull up a loop through any stitch to join a new colour.  Ch5 (counts as 1dc, ch2)

rpt from *to* to final st; join with sl-st into 3rd ch of initial ch5

Rnd 6: This time you’re working into the ch2 spaces of the previous round, so join a new colour into any ch2 space.  Ch3 (counts as 1dc), 2dc into same sp.

Work 3dc into each ch2 sp all around; join with sl-st into top of initial ch3

Round 7: Back to working into the stitches, join a new colour into the middle st of any 3dc cluster from the previous round

rpt from *to* to final st, join with sl-st into 2nd ch of initial ch3

Rnd 8: Join a new colour into any ch1 sp from the previous round.

join with sl-st into top of initial ch2

Rnd 9: Join a new colour into the middle st of any 3sc cluster from the previous round; ch4 (counts as 1sc, ch2)

rpt from *to* to last st; join with sl-st into 2nd chain of initial ch4

Rnd 10: Join a new colour by pulling up a loop into any ch2 sp from previous round: ch2 (counts as 1sc)

then work 3sc into each ch2 sp all around.   When you come to the final stitch, you can either finish in the usual way by joining with a sl-st into the top of the initial chain, or you can use the invisible join method.  Lucy’s Attic24 mandala tutorial explains this far better than I can, so I won’t bother trying to describe what’s going on here :-0

except that when you’re done, you should have a nice neat join, like this!

And now allow yourself to leap around the room yelling ‘WhooHoo’, or whatever expression of delight appeals to you!

Did I mention, these mandalas seriously are addictive?  You have been warned!

Don’t you love looking through all those home decorating magazines that purport to be for ‘ordinary’ and ‘real’ folk?  You know, the ones that say things like “Sophie and Brett have a budget of just £10,000 to restyle their kitchen”.  And then do you, like me, snort and throw them across them room?!   Yes?  Well, then, this post is for you! (With apologies to any real Sophies & Bretts).

I had a budget of about £10 to restyle part of my kitchen – who remembers this horror-show pic from last month?

This was stage one of my kitchen tile makeover.  A tube of ready-mixed grouting cost £5, then two Dulux match pots in lime green, costing £2.30, were enough to do two coats of paint over the tiles.

Now the fun bit!  I wanted some funky, 70s-style decals to zing up the tiles, so I turned to my vintage wallpaper collection for inspiration

I chose a flower motif from the sheet in the middle, traced it onto A4 paper and scanned it into the computer.  I had to go over the pencil lines with a felt pen first though, to make them strong enough for my picture editor to be able to ‘grab’ them for a colour fill.  I could lie and say that I deliberately gave them a quirky, child’s-colouring-book look, but truth is I’m just not that good at drawing!

I enlarged the original, printed out a batch on ordinary A4 paper, and cut them out.  I wanted quite a shiny finish, so I used glossy decopatch glue to stick them to the tiles and seal them down.  I only did every third tile so I probably used ⅓ of a bottle, about £2.

Measure and mark the position of your decal on the tile, then apply glue to the back of the paper cut-out with a small flat paintbrush.  Stick the decal onto the tile and work fast, this glue dries QUICK!  Brush the decal into place with more glue, smoothing out wrinkles as you go.  Keep a jar of water handy to clean your brush after each decal, as the printer ink can run and a stained brush will mess up your lovely colours!  I put a layer of decopatch glue over each decorated tile to seal it, then once it had dried I went over the whole lot with a layer of ordinary PVA to seal the paint as well.  I used ¼ of a tube of PVA or less, so about £1.

I have to say, I am LOVING my new-look kitchen!  OK, it’s not a big-budget affair, and yes, those wobbly edges do show when you get up close, but now it puts a smile on my face every day!

This square was inspired by Ellen Warren’s Granny Takes a Trip square, which as you know has been occupying a lot of my time lately!  Mine has a slight variation in the final round, and is worked using different colours for each round.  I love these hot colours, with just a little bright blue for contrast – they made me think of hot chilli and sunsets, hence the name!

To make a Mexican Sunset cushion cover, you will need eighteen squares in total, nine for each side.  I made mine using a 4mm hook and Rico Creative Cotton Aran in Tangerine, Fuchsia, Cherry, Orange, Turquoise and Cardinal.

(NB: This tutorial uses US crochet terms as this is what I’m used to using!  For a conversion chart see http://www.yarnfwd.com/main/crochet.html)

To begin, ch6 and join to make a loop, or use a magic ring.   I always prefer to turn my loop over at this point before I begin working, so that the slip knot in the very first chain is covered up by my first round and doesn’t show through on the right side of my finished square:

Then work 15 dc into loop,  join with a sl st and fasten off.  You’ll notice I’m working my stitches over the ‘tail’, this is so I can pull the tail to cinch up the ring if needed when I’m done.

rpt from * to * around into each sp.  Join with sl st into 3rd ch of original ch4 and fasten off

So you now have four 2dc clusters with a ch1 space between them making the first ‘side’ of your square, and a nice ch3 corner!  Now make the next three sides in the same way: *2dc, ch1 in next three ch1 sps; 2dc into next space, ch3 to make corner*.  Repeat *-* three more times.

When you’ve made the last ch3 corner, join with a sl st into the third ch of your initial ch3. Now you have a square – woohoo!  You may need to pull out the corners gently at this stage to give it a bit more shape, as I’ve done here:

Join new colour in any ch3 corner space and ch1

*work 3 sc into corner space, then 1sc into each st and ch1 sp along side to next corner sp*

Repeat from * to * to end.  Join with sl st into initial ch1 and fasten off

Almost done!  Insert hook into the middle st of any corner and pull up a loop to join new colour

Now work *1 dc into each st of previous round, up to middle st of next corner; 1dc, ch3, 1dc into middle st* Repeat from *to* twice more.  For the final side, work 1dc into each st up to initial corner, then join with a sl st into 3rd ch of initial ch6. Brilliant, you’ve now completed your square!  Only 17 more to go…

I always like to block my squares if I’m joining them together as my crochet tends to be a bit sloppy!

As this is a bit of special cushion, I also made a lining for it with a zip closure so it can be removed for washing.  But I’ll show you this on my next post, which will be a ‘Woo-Hoo, Finished Project!!’ post.

‘Til then, happy hooking! 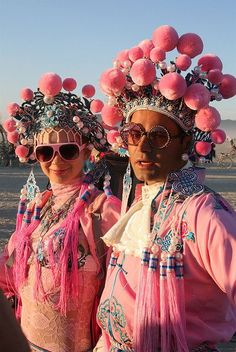 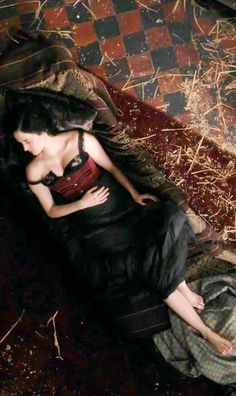 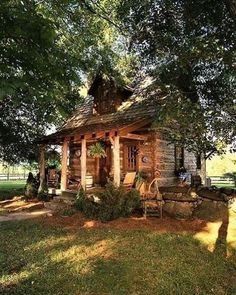 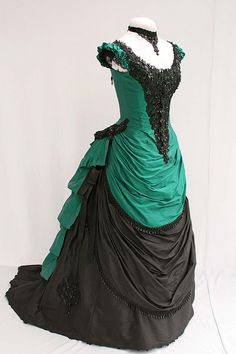 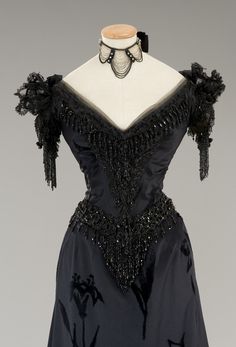 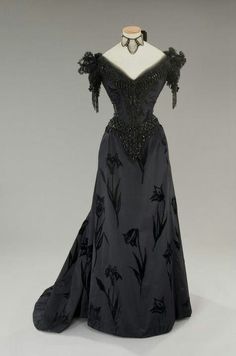 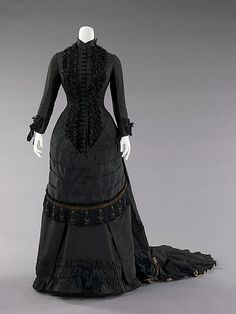 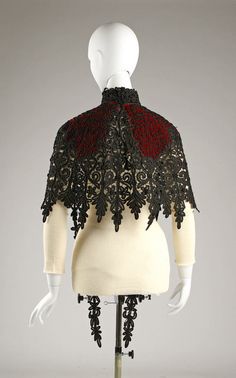 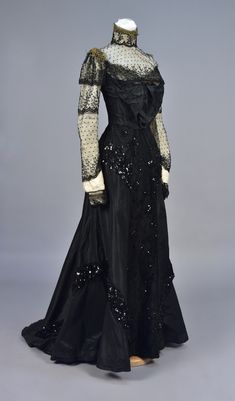